Production has begun on the BBC and Amazon Studios’ Western series “The English,” starring Emily Blunt. Details around the project were first revealed by Variety last year. Produced by “Doctor Foster” outfit Drama Republic, the six-part series — which is currently filming in Spain — is led by Blunt (“A Quiet Place”) and Chaske Spencer […] 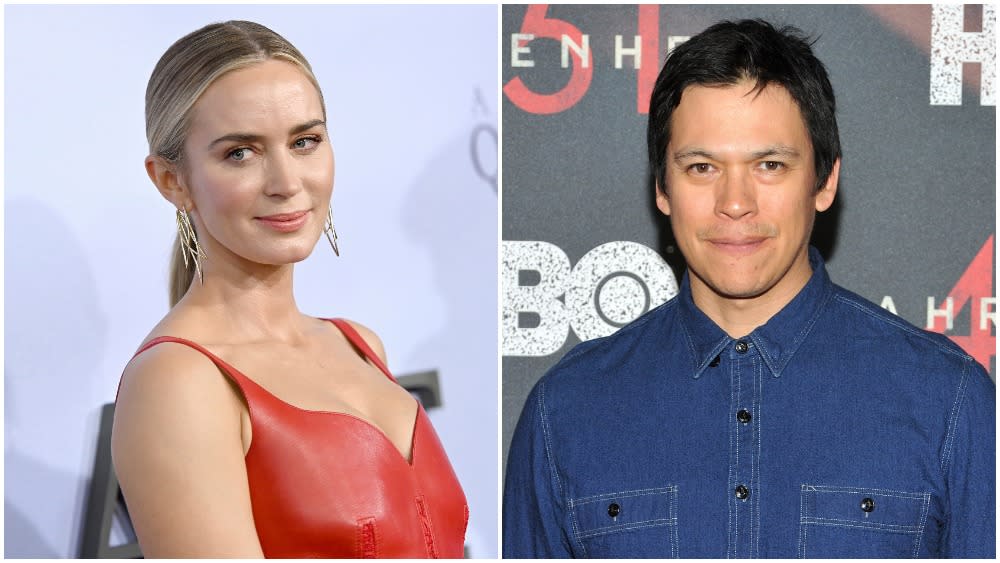 Production has begun on the BBC and Amazon Studios’ Western series “The English,” starring Emily Blunt. Details around the project were first revealed by Variety last year.

Produced by “Doctor Foster” outfit Drama Republic, the six-part series — which is currently filming in Spain — is led by Blunt (“A Quiet Place”) and Chaske Spencer (“The Twilight Saga,” “Banshee”) for BBC One and BBC iPlayer in the U.K., and Amazon Prime Video in the U.S., Canada, Australia and New Zealand, in association with All3Media International.

Written and directed by “The Honourable Woman” creator Hugo Blick, the show is set in the mid-American landscape of 1890, and follows Cornelia Locke (Blunt), an Englishwoman who arrives into the new and wild landscape of the West to get revenge on the man she sees as responsible for the death of her son. Upon meeting Eli Whipp (Spencer), an ex-cavalry scout and member of the Pawnee Nation by birth, they join together and discover a shared history which must be defeated at all costs, if either of them are to survive.

Blick said: “The chance to make a Western with Emily Blunt and the cast is so delicious I’m still wondering if it’s one of those weird dreams we were all having during lockdown. If not, a thrilling, romantic, epic horse-opera is heading to your screen sometime next year, and I couldn’t be more excited.”

Greg Brenman, CEO of Drama Republic, added: “Hugo Blick has created a compelling, modern love story set against the epic landscape of a Western. ‘The English’ is a true adventure that will tell us as much about the times we live in today as the period in which it is set.”

Piers Wenger, director of BBC Drama, said: “I’m delighted that Hugo’s beautiful scripts are finally coming to life in ‘The English.’ With a cast led by the exceptional Emily Blunt and Chaske Spencer, I have no doubt that this thrilling and compelling story will be a treat for BBC audiences when it hits our screens”.

Brad Beale, VP of worldwide licensing for Prime Video, said: “We can’t wait to break new ground and bring ‘The English’ to Prime Video. We know Hugo Blick’s incredible tale of love, loss, and revenge — brought to life on screen by the talented Emily Blunt, Chaske Spencer, and the entire cast of ‘The English’ — will captivate Prime members across the globe.”

“The English” has been commissioned for the BBC by Charlotte Moore, chief content officer, and Piers Wenger, controller of BBC Drama Commissioning. Amazon Studios is co-producing in the U.S., Canada, Australia and New Zealand, in association with All3Media international. IllumiNative are consulting with production on the series.

Everything Coming to Netflix in May 2021

Emily Blunt Western Series ‘The English’ Picked Up by Amazon

Amazon Prime Video has picked up the U.S. rights to ‘The English,’ a Western series starring Emily Blunt. 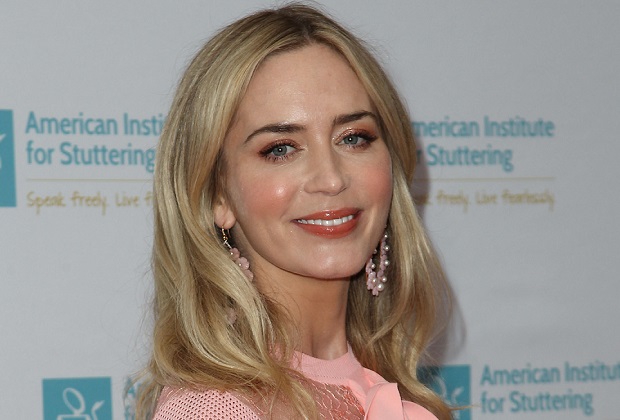 Emily Blunt is making her streaming series debut: Amazon Prime Video has picked up the U.S. rights to The English, a Western starring the Quiet Place and Mary Poppins Returns actress, our sister site Variety reports.

The multi-part BBC drama hails from writer-director Hugo Blick, who was also behind the Maggie Gyllenhaal-led British spy thriller The Honorable Woman, which aired stateside on SundanceTV. Plot details for The English are not currently available.

Blunt’s rare TV credits include the 2005 miniseries Empire and a voice guest spot on The Simpsons.

* Jan Luis Castellanos (Marvel’s Runaways) has joined 13 Reasons Why‘s fourth and final season in the series-regular role of Diego Torres, the football team’s leader, who is struggling to understand the loss of one of their own, Deadline reports.

* Hunter King (Life in Pieces) will star in ABC’s comedic Western pilot Prospect, about an idealistic young woman (King) who moves to the frontier to be a schoolteacher and learns that her students are rowdy ranch hands, not children, per Deadline.

* The IFC comedy Year of the Rabbit has been renewed for a six-episode second season ahead of its series premiere on Wednesday, Feb. 19 at 10:30/9:30c.

* Bravo has released a trailer for Top Chef All Stars LA, premiering Thursday, March 19 at 10 pm, with 15 fan-favorite cheftestants from previous seasons returning for another shot at the big prize:

Which of today’s TVLine Items pique your interest?

We are mere weeks away from the highly-anticipated sequel to “A Quiet Place.” And that means we are a short time away from seeing Emily Blunt once again act the shit out of a horror film. But it appears that her future isn’t just as a modern-era scream queen, as the actress has signed on to take on the Western genre for a new series for Amazon and BBC.

READ MORE: ‘A Quiet Place II’ Trailer: The People That Are Left Are Not The Ones Worth Saving

According to Variety, Blunt will star in “The English,” which is a new limited series coming to BBC and, eventually, Amazon Prime Video. The series comes from the mind of Hugo Blick, the writer-director best known for series such as “The Honourable Woman” and 2018’s “Black Earth Rising.” Plot details about “The English” remain under wraps.

As mentioned, Blunt has become a big A-lister in Hollywood, thanks to roles in films such as “Edge of Tomorrow,” “ Mary Poppins Returns,” and the aforementioned horror hit, “A Quiet Place.” In addition to the sequel to the latter film, which is expected to be another box office smash, Blunt is set to star opposite Dwayne “The Rock” Johnson in another 2020 film, Disney’s “Jungle Cruise.”

“The English” marks yet another major series snatched up by Amazon. The tech giant is trying to keep up with its streaming competition such as Netflix, Hulu, Disney+, Apple TV+, HBO Max, and Peacock by securing a series from a respected creator and featuring A-list talent in the cast. Several years ago, the fact that someone like Blunt was attached to a TV series was almost unheard of, but nowadays, it’s just a regular Thursday.

That being said, “The English” does look like a TV series that we’ll want to keep an eye out for.