Learn how humans’ hatred of rats may have spurred our love of cats. 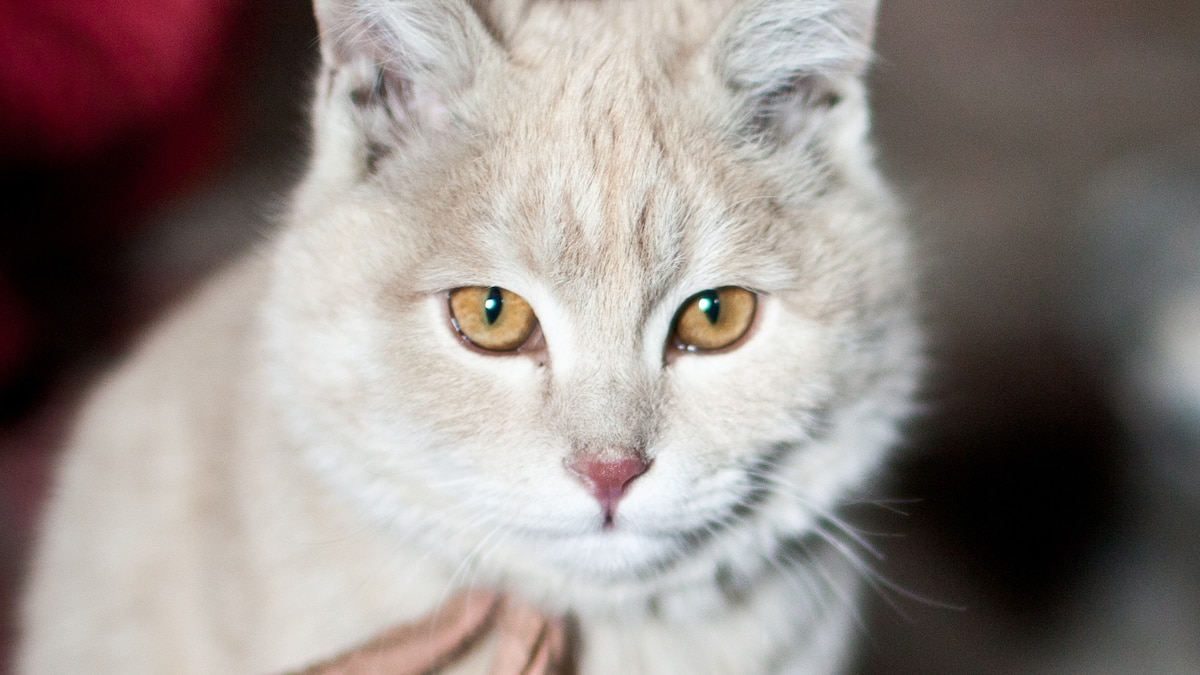 Domestic cats, no matter their breed, are all members of one species.

Felis catus has had a very long relationship with humans. Ancient Egyptians may have first domesticated cats as early as 4,000 years ago. Plentiful rodents probably drew wild felines to human communities. The cats’ skill in killing them may have first earned the affectionate attention of humans. Early Egyptians worshipped a cat goddess and even mummified their beloved pets for their journey to the next world—accompanied by mummified mice! Cultures around the world later adopted cats as their own companions.

Like their wild relatives, domestic cats are natural hunters able to stalk prey and pounce with sharp claws and teeth. They are particularly effective at night, when their light-reflecting eyes allow them to see better than much of their prey. Cats also enjoy acute hearing. All cats are nimble and agile, and their long tails aid their outstanding balance.

Cats communicate by marking trees, fence posts, or furniture with their claws or their waste. These scent posts are meant to inform others of a cat’s home range. House cats employ a vocal repertoire that extends from a purr to a screech.

Domestic cats remain largely carnivorous, and have evolved a simple gut appropriate for raw meat. They also retain the rough tongue that can help them clean every last morsel from an animal bone (and groom themselves). Their diets vary with the whims of humans, however, and can be supplemented by the cat’s own hunting successes.

WATCH: The Science of Meow

Get a host of handy information about your feline companion in our general cat care guide. It also comes in an easy-to-print PDF for tacking on your fridge and easy reference. 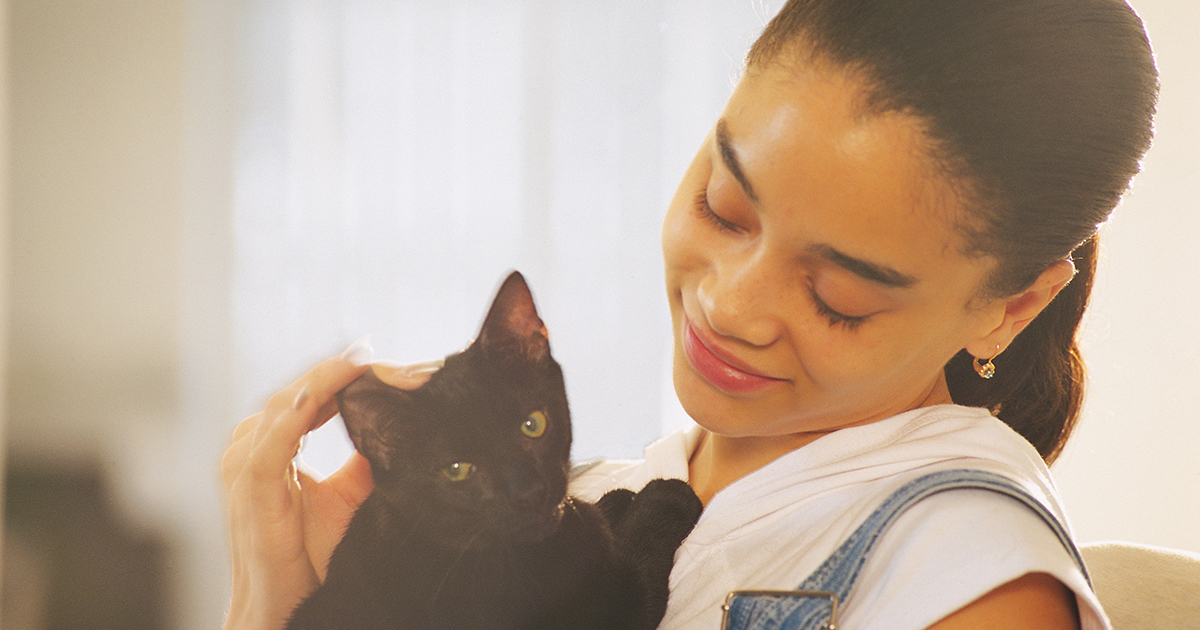 Stay Up to Date

By providing my mobile number, I agree to receive periodic text messages from the ASPCA. Text STOP to opt-out, HELP for more info. Message and data rates may apply. Terms & Conditions / Privacy Policy

© 2021 American Society for the Prevention of Cruelty to Animals. All rights reserved.The ASPCA is a 501(c)(3) non-for-profit organization. Privacy Policy  Legal Info

Cat, domesticated member of the family Felidae, order Carnivora, and the smallest member of that family. Like all felids, cats are characterized by supple low-slung bodies, finely molded heads, long tails that aid in balance, and specialized teeth and claws that adapt them to a life of active hunting. 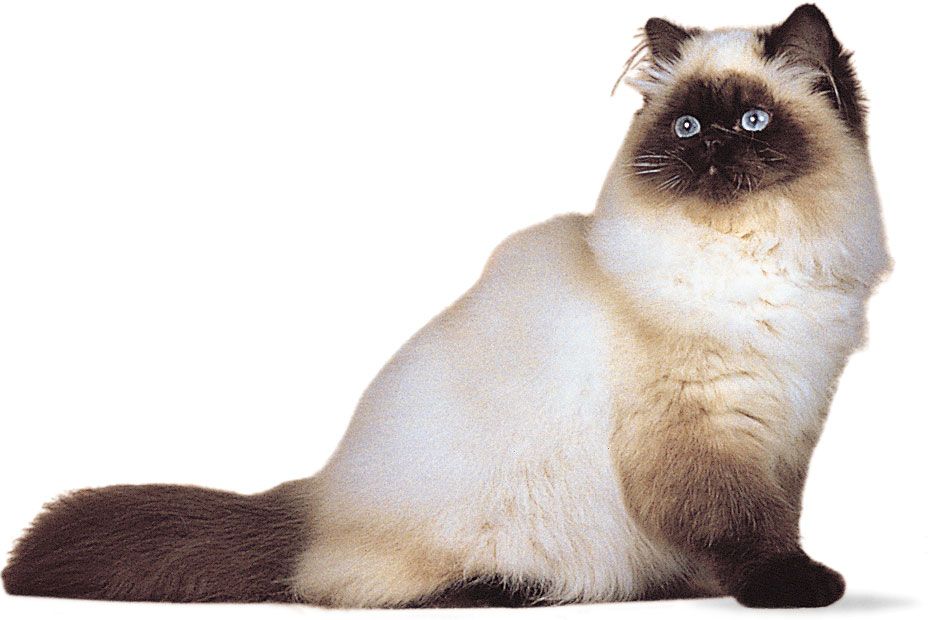 Cat, (Felis catus), also called house cat or domestic cat, domesticated member of the family Felidae, order Carnivora, and the smallest member of that family. Like all felids, domestic cats are characterized by supple low-slung bodies, finely molded heads, long tails that aid in balance, and specialized teeth and claws that adapt them admirably to a life of active hunting. Cats possess other features of their wild relatives in being basically carnivorous, remarkably agile and powerful, and finely coordinated in movement.

It is noteworthy that the ancestors of the other common household pet, the dog, were social animals that lived together in packs in which there was subordination to a leader, and the dog has readily transferred its allegiance from pack leader to human master. The cat, however, has not yielded as readily to subjugation. Consequently, the house cat is able to revert to complete self-reliance more quickly and more successfully than most domesticated dogs. For an account of the relationship of the family of cats to other carnivores, see carnivore.

The “cat pattern,” established very early in the evolution of modern mammals, was a successful one: early cats were already typical in form at a time when the ancestors of most other modern mammalian types were scarcely recognizable. They first appeared in the early Pliocene Epoch (5.3 to 3.6 million years ago), and they have continued with remarkably little change into modern times.

Although the origin of the domesticated cat is hidden in antiquity, studies involving mitochondrial DNA (mtDNA) suggest that there have been two lineages of Felis catus. One lineage (F. silvestris silvestris) appeared in Asia Minor possibly as early as 6,400 years ago and dispersed northward and westward into Europe. The other lineage appeared in Egypt sometime between 6,400 and 1,000 years ago before spreading throughout the Mediterranean (possibly through human introduction) along paths that paralleled the region’s trade routes. Cats of both lineages continued to breed with the African wildcat (F. silvestris lybica) during their respective dispersals.

The earliest known association between cats and humans dates possibly as far back as the origins of agriculture in the Middle East, about 9,500 years ago. A cat skeleton accompanying that of a human dated to that time was discovered in southern Cyprus. Although some sources note that this finding suggests that cats had undergone some degree of domestication in that location, other sources (citing evidence that the cat genome did not differ that much from that of the African wildcat during this period) argue that cats may have domesticated themselves by choosing to live in human-altered landscapes. Fossil evidence found in China dating to approximately 5,300 years ago revealed that cats similar in size to modern domestic cats fed on small grain-eating animals, such as rodents, and millet in agricultural settings. Although research suggests that these cats were actually leopard cats (Prionailurus bengalensis), which were replaced by modern domestic cats (F. catus) before 3000 bce, this discovery suggests that humans allowed cats to hunt mice and other rodents that threatened grain stores and possibly fed the cats or allowed them to consume leftover food.

Although the cat was proclaimed a sacred animal in Egypt in the 5th and 6th dynasties (c. 2465–c. 2150 bce), it had not necessarily been domesticated at that time. It is probable that the ancient Egyptians partnered with the cat because they realized its value in protecting granaries from rodents. Their affection and respect for this predator led to the development of religious cat cults and temple worship of cats. There are no authentic records of domestication earlier than 1500 bce, however.

Cats have long been known to other cultures. Wall tiles in Crete dating from 1600 bce depict hunting cats. Evidence from art and literature indicates that the cat was present in Greece from the 5th century bce, and tiles featuring cats appeared in China from 500 bce. In India cats were mentioned in Sanskrit writings around 100 bce, while the Arabs and the Japanese were not introduced to the cat until about 600 ce. The earliest record of cats in Britain dates to about 936 ce, when Howel Dda, prince of south-central Wales, enacted laws for their protection.

Even though all cats are similar in appearance, it is difficult to trace the ancestry of individual breeds. Since tabbylike markings appear in the drawings and mummies of ancient Egyptian cats, present-day tabbies may be descendants of the sacred cats of Egypt. The Abyssinian also resembles pictures and statues of Egyptian cats. The Persian, whose colouring is often the same as that of mixed breeds (although the length of hair and the body conformation are distinctive), was probably crossed at various times with other breeds. The tailless Manx cat, like the hairless Sphynx cat and curly-coated Devon Rex, is a mutation. The ancestry of Persian and Siamese cats may well be distinct from that of other domestic breeds, representing a domestication of an Asian wild cat. In fact, nothing is known of the ancestry of the Siamese types, and there is no living species of Asian cat that could have served as ancestor.

The cat has long played a role in religion and witchcraft. In the Bible, “cat” is mentioned only in the apocryphal Letter of Jeremiah. The cat figured prominently in the religions of Egypt, the Norse countries, and various parts of Asia. The Egyptians had a cat-headed goddess named Bast (or Bastet). Thousands of cat mummies have been discovered in Egypt, and there were even mouse mummies, presumably to provide food for the cats. Often the cat has been associated with sorcery and witchcraft, and the superstitions regarding cats are innumerable. Throughout the ages, cats have been more cruelly mistreated than perhaps any other animal. Black cats in particular have long been regarded as having occult powers and as being the familiars of witches.

The cat is a familiar figure in nursery rhymes, stories, and proverbs. The English legend of Dick Whittington and his cat is a particular favourite. The writers Théophile Gautier and Charles Baudelaire paid it homage, and in the 20th century Rudyard Kipling, Colette, and T.S. Eliot wrote of cats, and British composer Sir Andrew Lloyd Webber created the popular stage production Cats.